I used the following image as reference:

I then cropped the images to focus on different parts of the original image and chose a word that relates to the content of each image in some way: 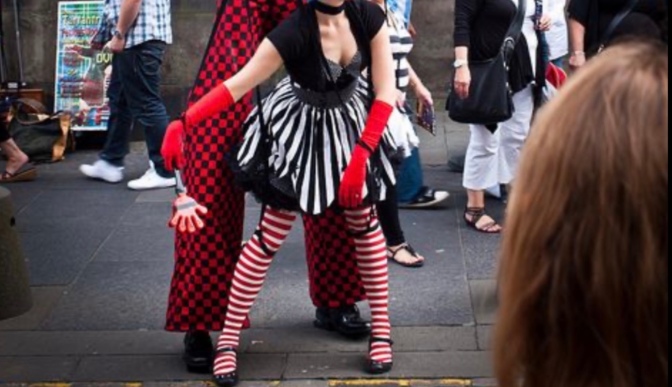 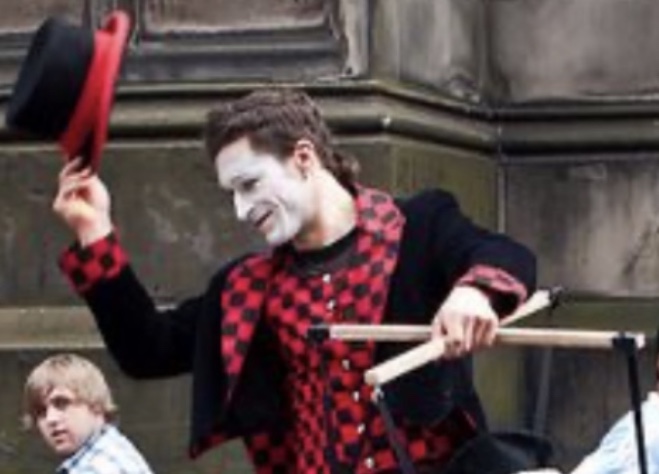 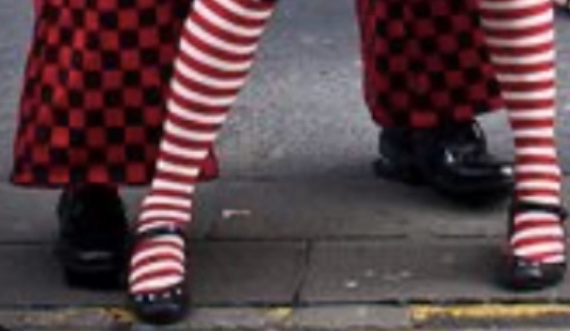 Puppet – “don’t be a puppet on a string”

I chose the following image as basis for my illustration:

Focusing on the word: puppet

I then drew rough outlines of the figure and tried out different compositions with the text. I chose to use circus-themed letters and stripy backgrounds to match the meaning of the illustrion: 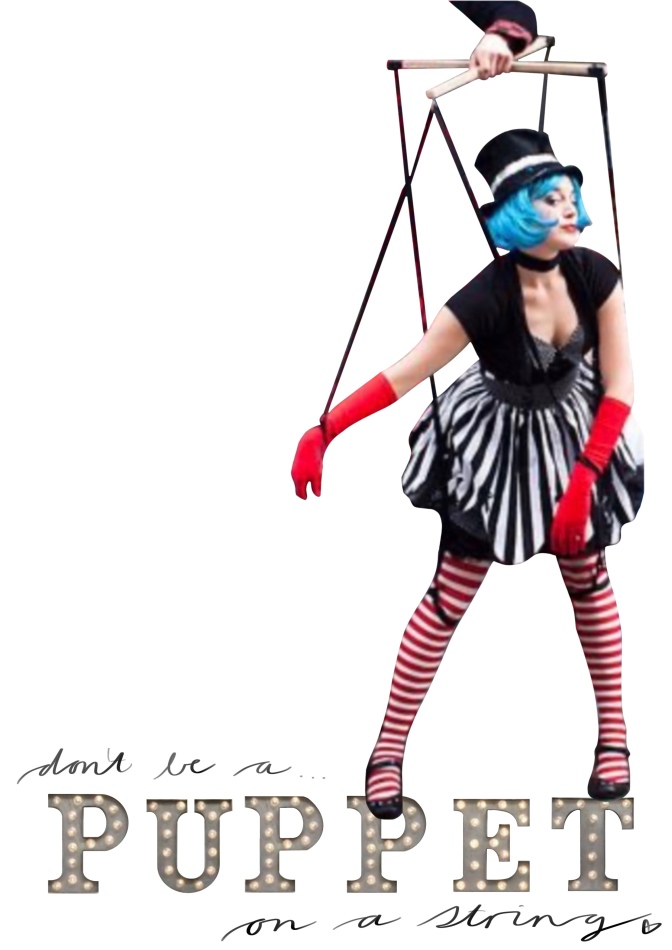 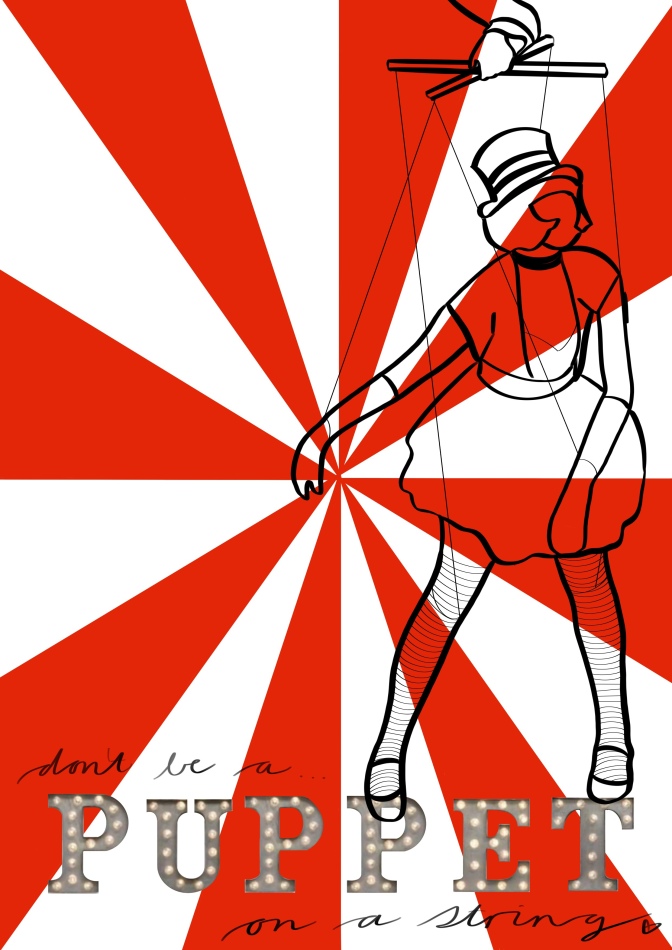 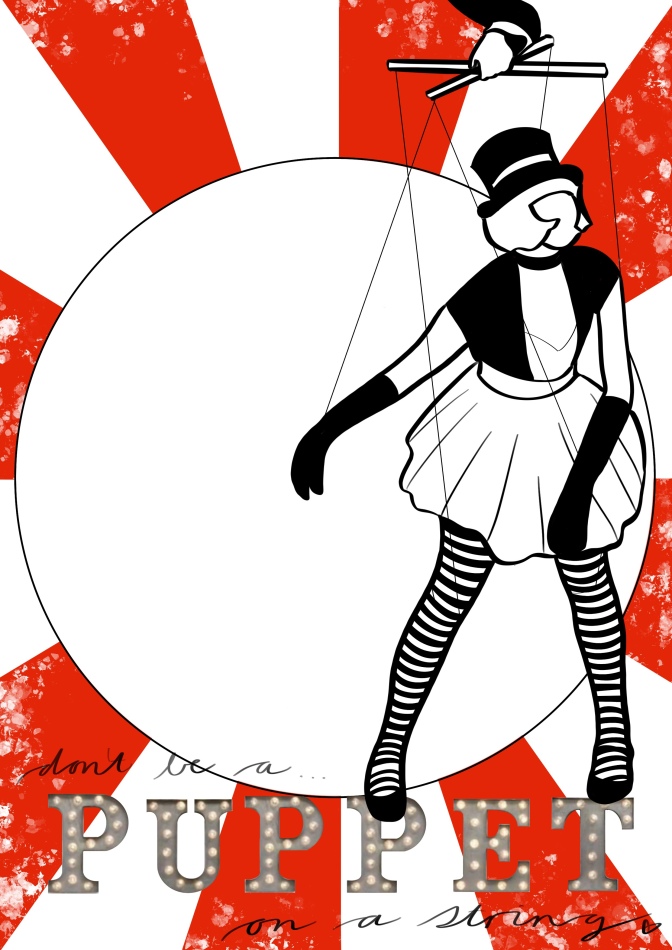 I decided on using a blue background and then continued to develop my character, adding different details and colours. 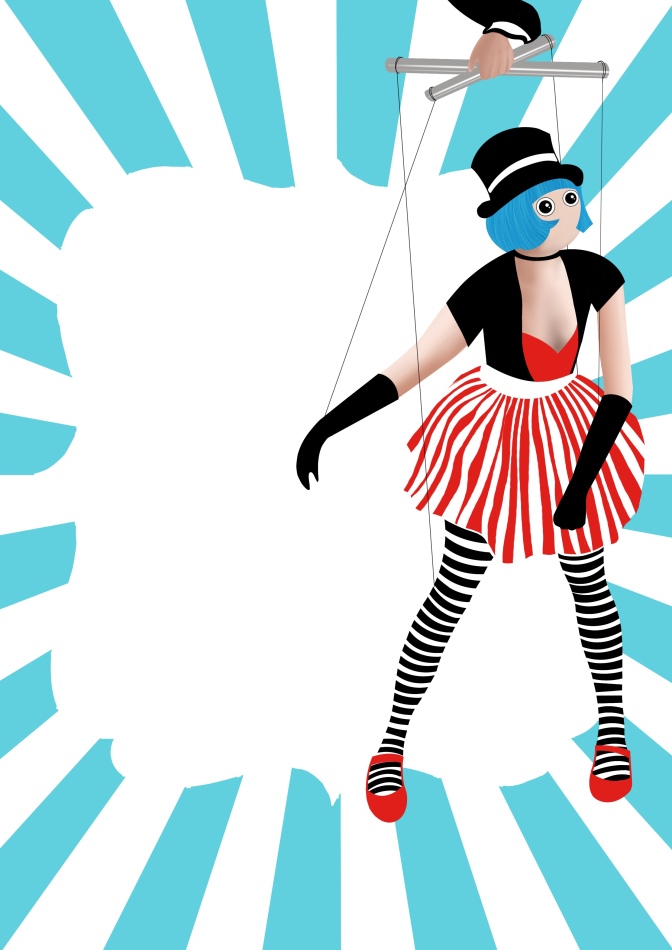 I then enlarged the head and tried out adding the text in different positions. 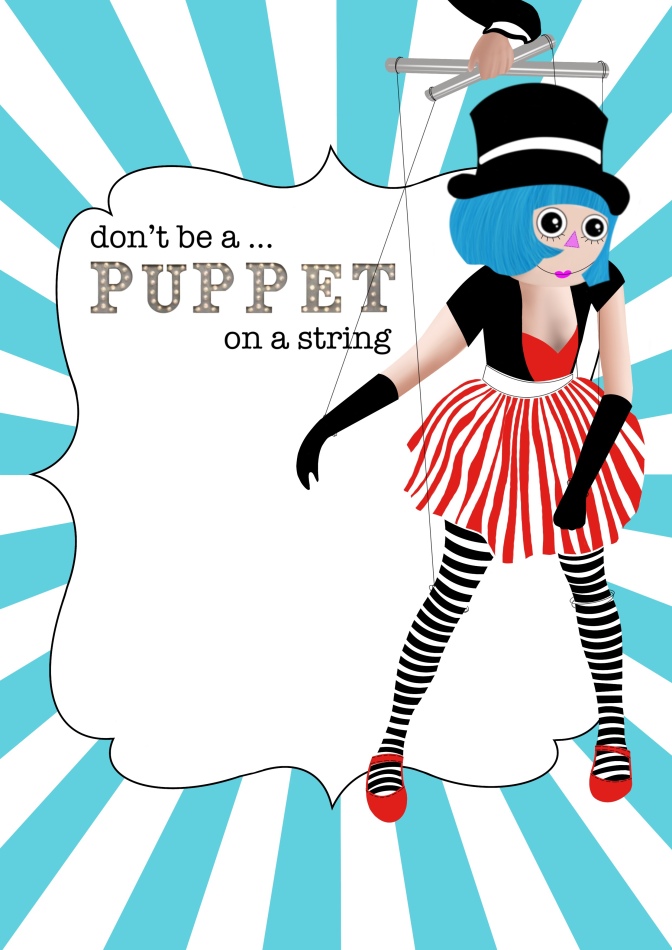 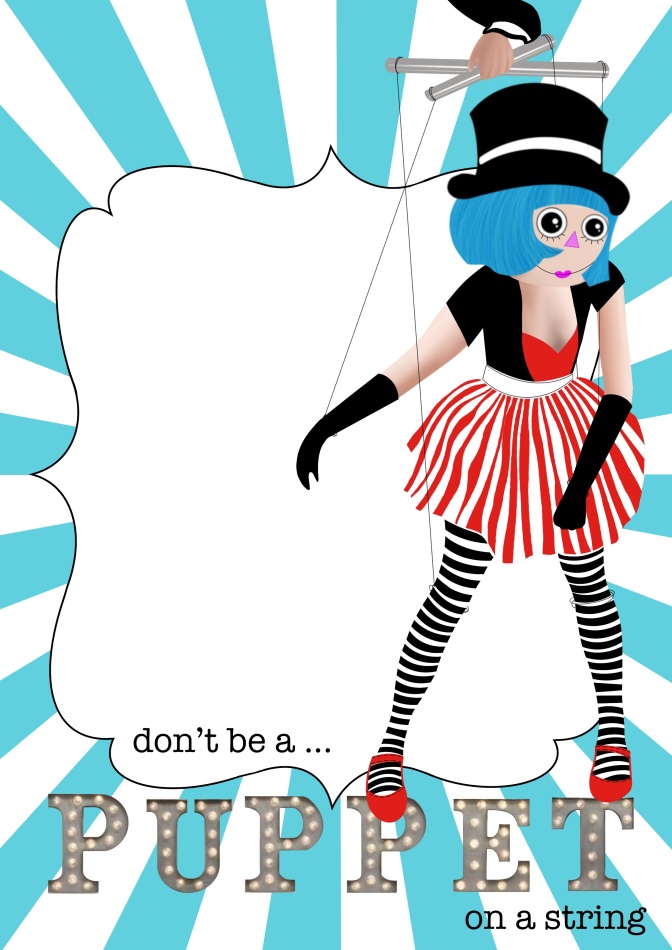 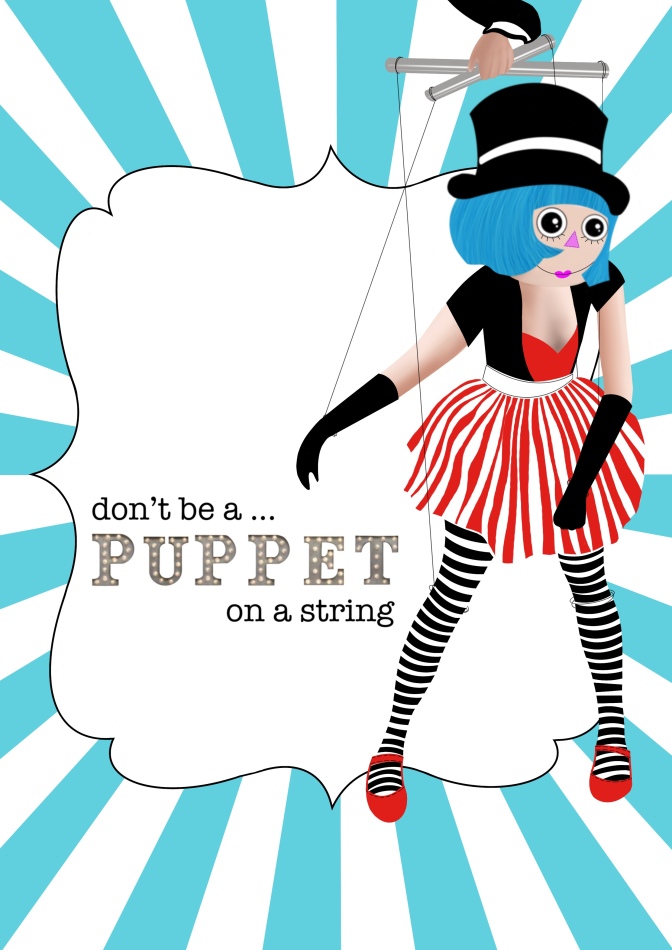 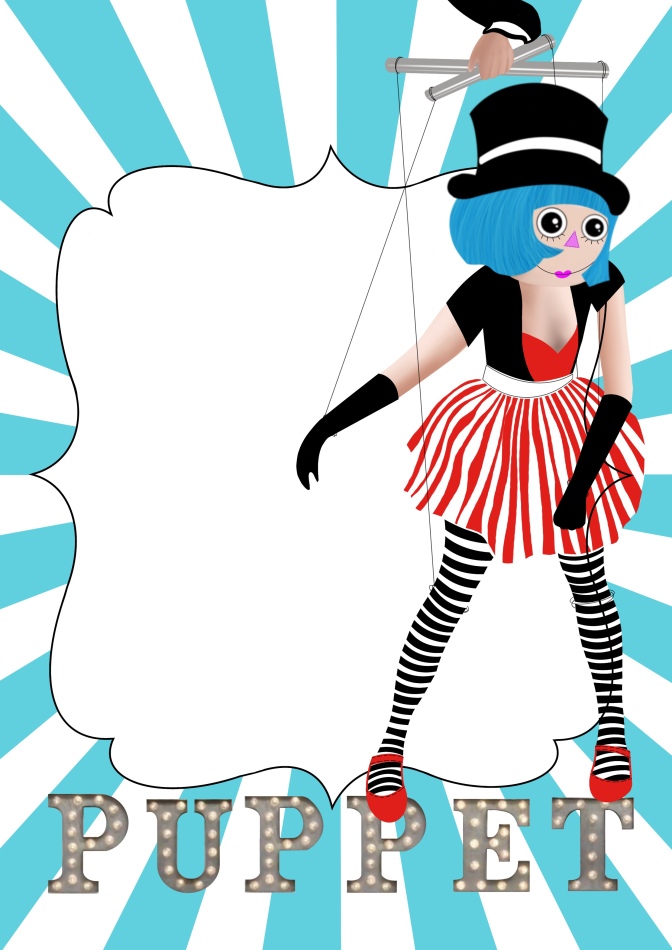 The following poster combination is my favourite: 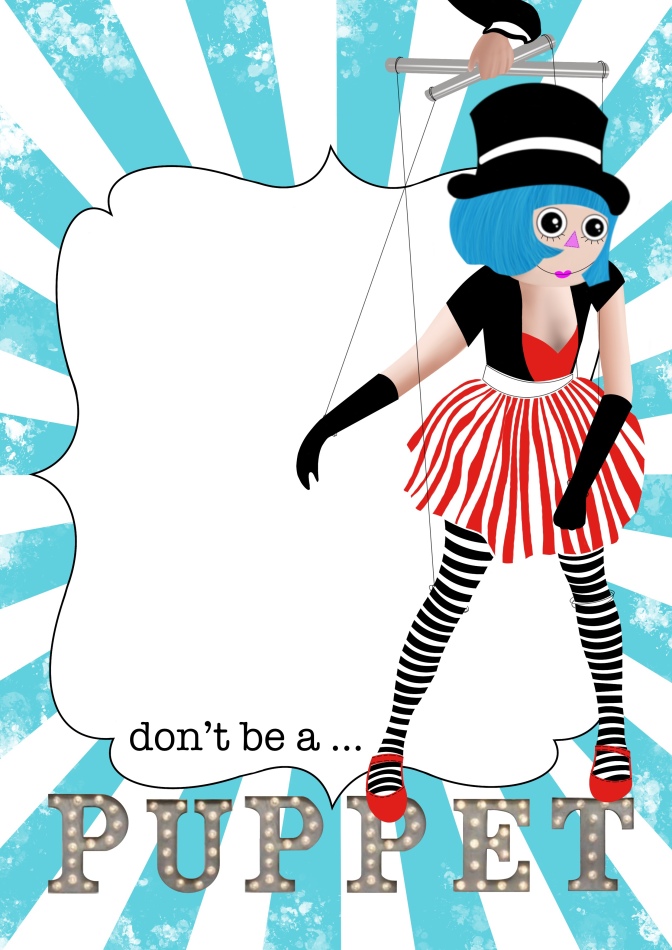 I wasn’t happy with the way the face came out, so decided to add collage to the process. I created the face by adding a variety of features together using collage. I added the dress and manipulated it to fit the character better. 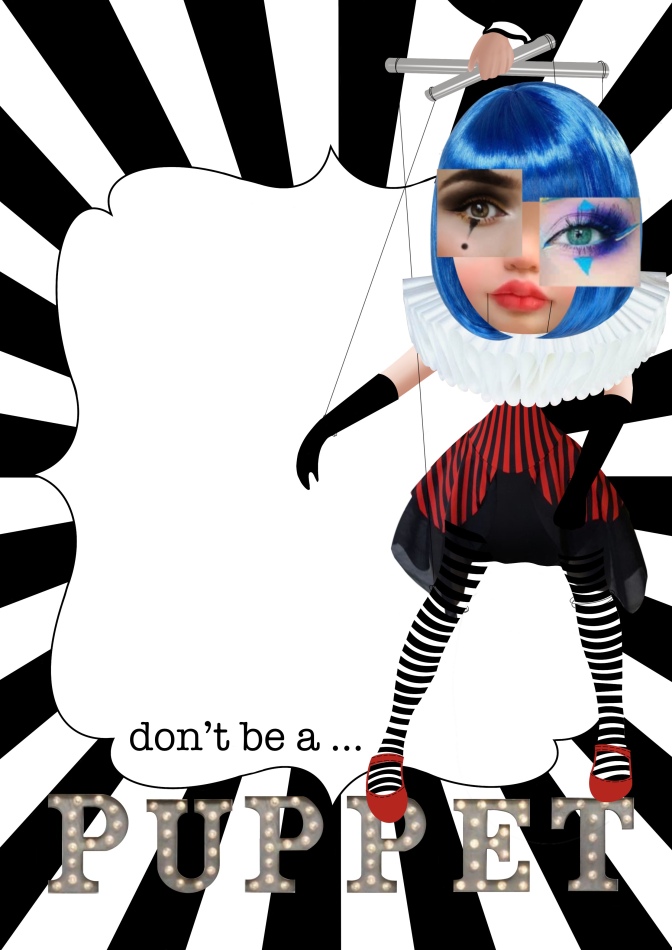 Music: ‘Puppet on a string’ by Sandie Shaw:

I enjoyed the process of completing this exercise. It was an interesting way to look for different aspects to focus on in an image, in order to use it as reference. I moved from red, to black … to blue background, and back to black. I tried out blue and black hair. I think the collage effect is more effective than the digitally drawn face.

I had fun adding different music to the simple animation. I could have spent more time on it and added more moving features, but it was quite time consuming and I didn’t want to get stuck on it.