I created some illustrations relating to the theme of ‘Mothers’ / ‘Mother’s Day’, using micron pen and Koi colouring brush pens. 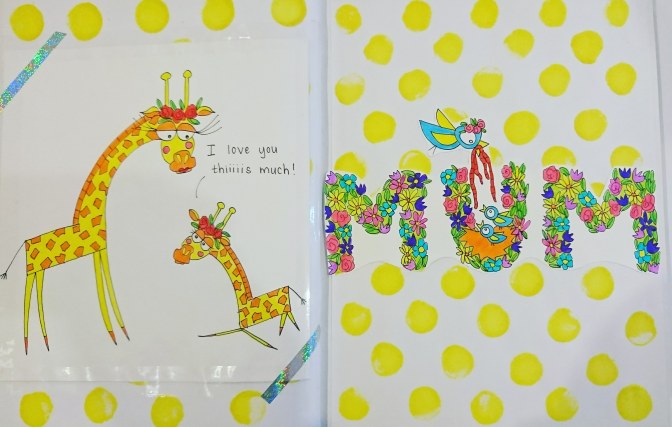 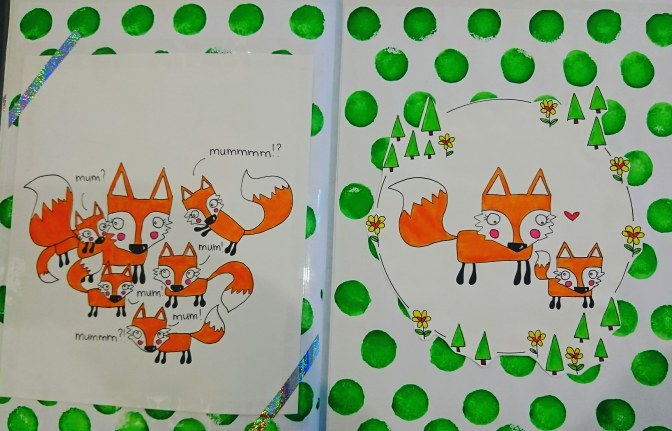 I re-created the giraffe illustration which I first drew a couple of years ago. I love this illustration as it captures the personality of a child well, when describing exactly how much they love their mother.

I also re-worked a fox illustration. Although I don’t have my own children, I often hear the word, ‘miss!’, ‘Misssss!’, ‘Misssssss?!!!’, repeated more than a 100 times a day in class, in order to get my attention. This illustration is a visual representation of what parents also have to endure. The repetition of, ‘mum!’, ‘mummmm?!!’, ‘muuuuuuummmm!’, or ‘dad!?’, ‘daaaaaad!’, etc.

I added a flower & birdie illustration representing how mothers often try to fulfil their childrens’ every need, before thinking about their own needs.

While working on these illustrations, I made a list of words that means ‘mother’ in different languages. I decided to use it as a background to create a collage featuring a photograph of my Mum with an elephant she met a couple of years ago. She loves protea’s (the South African national flower), so I printed off photographs of protea’s I took previously to add to the collage.

After completing that collage… I found a wonderful photograph of a donkey my Mum loves to visit on a cheese farm nearby. The donkey is always happy to see ‘Oumie’ (an endearing word for ‘;grandma’ in Afrikaans.) I decided to use a photograph of my Mum of when she was younger. I completed the collage by adding wildflowers. I love this collage as it captures my Mum’s personality and her love for animals. This collage is definitely a favourite.

While growing up with 3 older siblings, we had a lot of different pets throughout the years. Even the pets knew the word, ‘Ma’ (which means ‘Mum’ in Afrikaans). They responded to the word depending on which tone was used and whether their name was mentioned along with it. My Mum wasn’t just mother to the children in the house, but also to all the pets we had throughout the years.

I take my hat off to all mothers (parents), I don’t know how they do it? Work, raise children, only have 10 minute naps?

I used poster paint and a sponge stamp to create polka dot backgrounds for my illustrations. 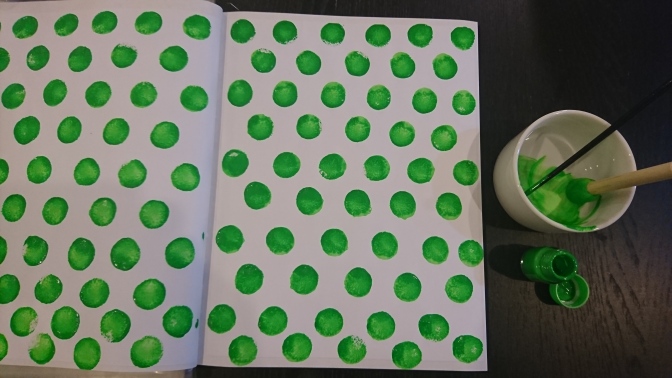 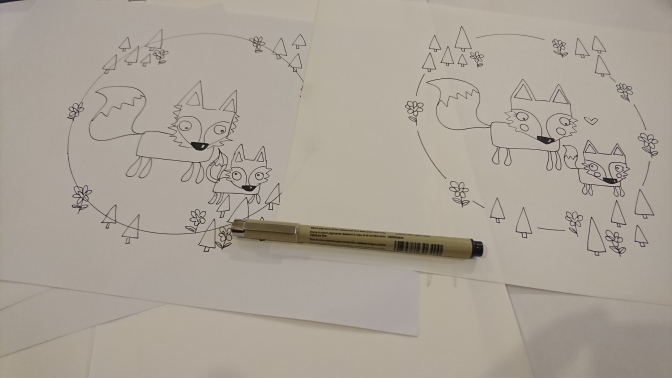 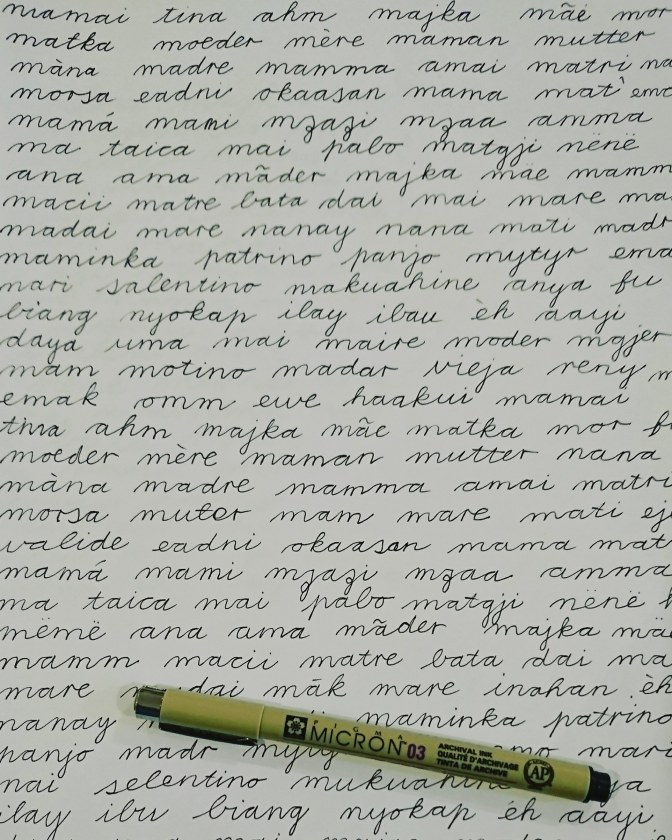 The Open College of the Arts (University for the Creative Arts)

One thought on “MOTHER’S DAY:”